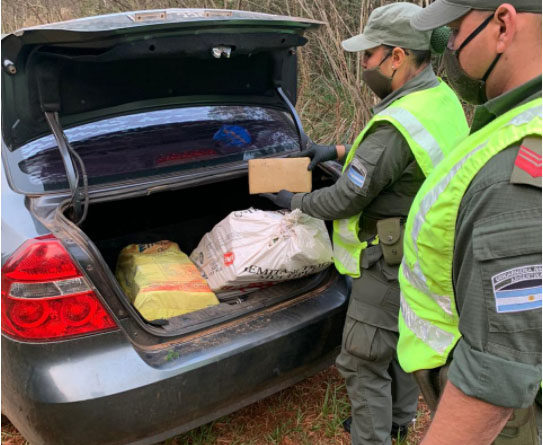 Argentine gendarmes arrested four men and seize three vehicles. Troops from Squad 11 “San Ignacio”, after carrying out field tasks in the town of Santa Ana, managed to establish a possible transfer of narcotics; Therefore, they carried out a bolt operation on Provincial Routes No. 103 and 4.

At that time, Force personnel detected a Renault Fluence car driven by a citizen, who was acting as a “pointer”, warning about possible controls. Given this fact, a follow-up was carried out, being able to identify two other vehicles (a Chevrolet Aveo and a Volkswagen Gol) that accompanied it and entered a secondary road near Provincial Route No. 103 where they loaded packages to transfer them to a plantation of pines on the side of Provincial Route No. 4 for storage and transshipment.

The officials managed to arrest four citizens, occupants of the vehicles, at the plantation and after carrying out the corresponding search of the vehicles, they detected “burlap-type” bags inside the trunks that contained 309 packages with “cannabis sativa”. Throwing a total weight of 253 kilos 693 grams.

The Federal Court and the Federal Prosecutor’s Office of Posadas ordered the seizure of the drug and the three vehicles, as well as the arrest of the four involved. 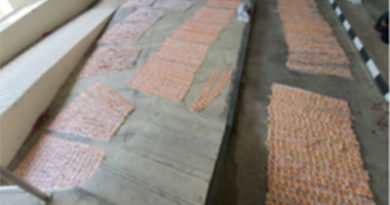 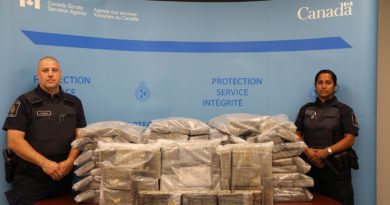 270 kg of suspected cocaine seized by CBSA officers in Halifax 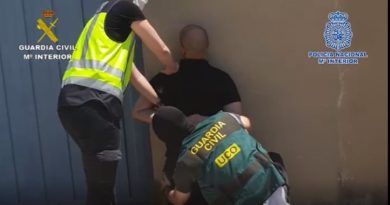 A successful conclusion to a joint operation between the Spanish National Police and Civil Guard, in collaboration with the DEA and HSI agencies of the United States