The twenty-teens were a tumultuous period for border security. How borders are drawn, who is crossing or transgressing, and how to adjudicate such actions are challenging issues for society and government, are questions for which resolutions are neither obvious nor swift. As troublesome as the fading period may have been, the coming decade can and will be different. Border authorities must remember the past, wrestle with the present, and plan for the future.

The task of border management is not as distinct from other technology areas as it once was, though. Technology has proven to be a harbinger of tremendous and unforeseen changes. Technology has enabled new businesses to not only appear and scale to dominant market positions but to also lower barriers for moving vertically and/or horizontally within and across markets. A rigorous discipline of supply chain management, for example, goes a long way (just ask Amazon) and, importantly, benefits from the larger commercial investments in supply chain technologies.

The task of border management can learn from past and present change dynamics in organizations and industries to create the best possible outcome for the application of technology for border management in the twenty-twentys.

Border Management Technology Framework
David Aguilar, former Acting Commissioner of U.S. Customs and Border Protection (CBP), has identified three mainstays of agency execution as Personnel, Technology, and Infrastructure. Technology directly impacts agent and support Personnel performance, however, and is also the essential backbone of Infrastructure. Technology is essential for all aspects of border management, from authorized ports of entry to the endless miles of forest, desert, and sea that define national borders. Properly scoped and implemented, technology is a force multiplier that continuously collects and distributes data to create actionable intelligence while boosting productivity and augmenting safety.

According to Metcalfe’s Law, the effect of connecting personnel, devices, and data across a common infrastructure is the square of the number of connected devices and people. If the axiom holds, as it surely will, the men and women charged with inspecting and processing the movement of people and goods and surveilling and interdicting transgression along national borders are about to become much more productive, because smart devices are arriving in volume.

Let’s consider the table in Figure 1 (Fig. 1) as a framework for a change with which we are most comfortable. Each column is a silo focused on delivery of the best research or, better yet, commercial technology available to meet the defined need – evaluate devices for scale, increase the resilience and throughput of networks, expand the data centers for scale and speed, and invest in systems that collect, process, and present data. This framework for prudently investing in performance improvement is tried and true, if complex and a more than a tad harrowing. In years past, we might stay with this high-level framework with perhaps the odd cross-domain combinations.

But the future is not the past and the present indicates technology’s impact is beginning to make a difference. “I see the future of technology, based upon what we are seeing in Tucson, is greater integration,” [CBP Division Chief Raleigh] Leonard said. “You wouldn’t have stand-alone technology solutions, they would all be beamed into a command and control center where one agent or a small team of agents could monitor a large geographic area of the border.”

The New (Border Management) Technology Framework
The context for change in border management technologies is heavily influenced by current technology trends. Figure 2 (Fig. 2) includes these new technologies, borrowing and benefit from larger industry investments. The framework in Figure 1, done well, brings linear change, however vertical it may seem. This framework in Figure 2, over time, enables exponential change. It radically alters the definition of devices for data collection, eschews the idea of technology silos, and takes advantage of academic and commercial investments in secure meshed terrestrial and satellite network capabilities, the Internet of Things (IOT), unmanned vehicles, and artificial intelligence.

Framework Components
Much ink and many bits have been, and will be expended on describing the components of this framework. An article on ATAK, the Android Tactical Assault Kit, appeared in this journal in the May/June 2018 issue. It is an excellent description of commercial technology empowering agents that directly correlates to performance improvements and agent safety. It also demonstrates the velocity of change and the challenge of acronyms, as there will soon be an ITAK (iPhone Tactical Assault Kit), which might one day be replaced by MTAK, for Mobile Tactical Assault Kit.

For purposes of length and readability, this framework will be revisited over time in this journal and elsewhere, both directly and through expert guests. This balance of this article will focus on the areas identified in Figure 3 (Fig. 3) which, when combined, are force multipliers for border authorities.

Situational Awareness
The reason for technology investment is not just to work smarter and faster but to make agents more productive and safer. As noted in a Frontline publication from US CBP, “We usually had to do our jobs without a lot of information,” said Operations Officer Joseph A. Korchmaros, who has long patrolled this area where he was born and raised. “There was no sure way of knowing when, where or who we would encounter next, and no awareness of the degree of threat. The environment we worked in was a lot like operating in a dark room.”

With new tools like Unmanned Vehicles and upgraded Sensor deployments there should be far fewer dark areas to transgress national borders or threaten agent safety.

Unmanned Vehicles (UVs)
The border area between nation states has always been the space to avoid legal restrictions on the movement of unauthorized people and illicit goods. With trade and migration controlled by authorities at identified border crossings, the vast majority of the border remains untended. The challenge of surveilling remote borders against transgression from small planes, tunnels, walkers, vehicles, and boats will become even more difficult with small unmanned vehicles (UVs).

Remotely piloted, steering by GPS, or flying only by optical waypoints, small unmanned vehicles are a game changer for both border agencies and those challenging border authorities. While much attention has been given to unmanned aerial vehicles (UAVs), also knows as drones, similar progress is being made on specialized unmanned vehicles for all modalities – marine, submarine, or ground. The machines are relatively inexpensive, able to travel good distance with cargo, and tend to be smaller in size, making detection more difficult.

For border authorities, UVs carry out mission assignments without complaint and, when equipped themselves with a range of sensors, are high-performance eyes and ears for border agents, augmenting safety while advancing mission objectives. In remote locations with sufficient solar power, small aerostats or tethered drones can hover at height indefinitely, using onboard sensors to constantly surveil territory and stream the data back to manned operations centers and field agents.

RF Works Both Ways
The challenge in utilizing UVs is directly linked to the sensors that can detect and track the movement of these small vehicles. Radio frequency (RF) sensors are used by authorities to search for known and sometimes hidden UV communication frequencies to detect small drones in the sky and either interfere with the communications sending the drone back to the operator or take control of the drone itself.

While the drone market is predominantly in the hands of one vendor, DJI, it is conceivable to maintain an accurate drone RF library, but it’s not practical. More drone manufacturers are entering the market, which will quickly scale the number of libraries required to scan the sky and become a maintenance burden. More pertinently, the barriers to building homemade drones without RF signal are low and shrinking with each new technology advancement.

The only sensor capable of detecting and tracking drones of all sizes and capabilities is radar. While electronically scanning array (ESA) radars, with true beam-steering capabilities, are the choice of defense organizations across the globe, their large size, high cost, and mechanical nature make them ill-suited for border agency needs. As with UVs and other sensors, technology is stepping forward to solve this problem, too.

Sensors are Smart Devices
More effective as eyes and ears and even more challenging to defeat are new sensors for fixed and mobile use cases. Sensors have become smaller and lighter, consume less power, offer much higher performance for lower cost, are well-suited for data fusion, and will greatly benefit from developments in artificial intelligence (AI). Of particular interest to border authorities is the cost reduction of many sensors and sensor components, because affordability leads to ubiquity.

One of the more ubiquitous sensors is the camera, or optical sensor. Camera technology has progressed rapidly throughout the twenty-teens. With pressure from consumer and commercial markets and multiple manufacturers generating good price competition, prices are dropping while performance continues to improve. A good example is Bosch Security and Safety Systems, which technology comes from larger corporate investments across multiple industries to produce affordable, high-performance optical sensors. The market also benefits from the number of Asian manufacturers, further increasing quality while driving down cost.

Optical sensors provide clarity leading to firm identification, but the object must first be detected. The best detection and tracking sensor is radar, which operates in all weather conditions and environments. Radar technology developments are finally bringing ESA capabilities to a format with the right performance, cost, and operational characteristics for border agencies. This broad availability of ESA radar is being led by Echodyne, whose MESA technology makes radar affordable and operational (full disclosure: the author presently works for Echodyne).

Sensor Fusion is the Key
By themselves, these technology developments are great steps forward. When fused by software into a larger situational awareness system, they have the ability to revolutionize border surveillance. Companies like Anduril, a startup focusing on defense and security technologies, are creating fixed autonomous surveillance towers at significant discount to previous investments.

Because sensor technology has reduced power consumption, these towers require no external power and use radar to scan, detect, track, and cue optical sensors to rapidly identify the target object at great distance (e.g., >2km for human and >3km for vehicles). The towers fuse the sensor data with their own AI to stream highly accurate, actionable intelligence to operations centers and field agent handheld devices, triggering the proper response protocol with more response time.

As described by US CBP, “These new fixed towers, powered by solar panels and providing instantaneous integration of images and alerts to the control center, help close the final gaps for those trying a challenging end-around over and through the roughest terrain.”

“The true innovation with this technology effort was to access aviation surveillance technologies that combined radar and long-distance cameras and adapt them for border security use,” said Supervisory Border Patrol Agent Dustin Roll. “That’s been the solution for us that has added the most flexibility and effectiveness.”

Technology will continue to influence the architecture of border surveillance systems. As sensors become smaller, lower power, and more affordable, their impact will be felt more broadly. Dark zones along the border and areas where field agents are operating with little/no situational awareness should become fewer and fewer. Knowledge is power, and along the border, the knowledge produced by smart sensors integrated with powerful software across meshed networks will protect agents while further mission objectives. 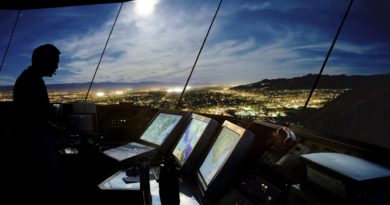 In a globalised era, how can defence companies protect people’s ways of life? 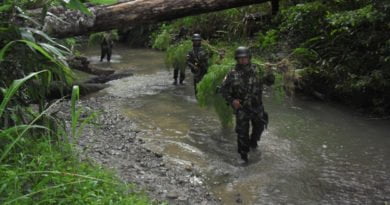