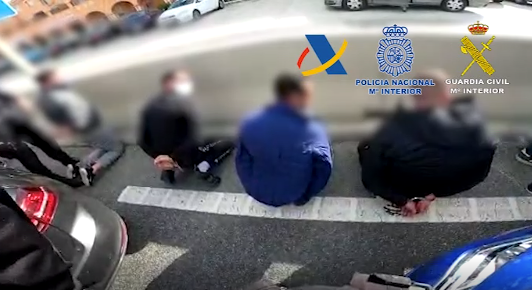 Agents of the Spanish National Police, in a joint operation with the Civil Guard and the Tax Agency, have dismantled in Malaga a criminal organization allegedly dedicated to drug trafficking. Seven people have been arrested, to whom a total of 843 kilograms of hashish have been seized. There the seven arrests were made. Four other people have been identified and are currently in search and capture.

The police investigations began during the month of October 2019, when the agents received information regarding an organization, whose structure was made up of individuals of Maghreb and Spanish origin with numerous police records for different crimes. Most of its members, including the pilots of the boats, resided in Madrid, although they continually traveled to Malaga where other of its members operated. There they had established a large network of contacts and clients at the service of their interests.

To carry out this operation, months of complicated investigation, monitoring and surveillance of its members were necessary, in which their trips between the provinces of Madrid and Malaga were common. The structure of the organization was hierarchical, with a functional distribution, being very peculiar and unusual that the pilots of the boats and most of the organization were based in Madrid.

The organization has been involved in various operations for the introduction of drugs aboard different types of vessels, as has been detected throughout the investigation. Already at the beginning of last October the introduction of part of the merchandise was aborted when three of the members were detected on board a boat. Although they carried out the cache of part of the merchandise, as a result of the storm and fearing that they had been detected by the agents, they threw some bales of hashish into the sea, which they later tried to recover.

Finally, they managed to introduce the amount of eleven bales, about 500 kilograms of hashish, after losing the rest of the merchandise. One of the members was in charge of putting the packages in the off-road vehicle prepared to transport the drugs to a certain place, where they would store and hide it.

At the end of the same month, the agents detected that the organization was preparing a new cache, in addition to its subsequent transport and distribution. To do this, some of the members of the group traveled once more in order to carry out the landing of an undetermined quantity of drugs on the Malaga coast, which was carried out in Marbella. Two days later, a suspicious boat was detected four miles from the coast, whose members noticed the presence of the patrol boats and began the flight towards the beach of Nagüeles, in Marbella, throwing various plastic jugs into the sea and stranding the boat on the beach. Two subjects fled on foot and the recreational boat was intervened. Twelve of the deposits were collected at sea, which hid a total of 222 kilograms of hashish inside. Inside one of the deposits, a geolocation device was also found.

31 carafes of gasoline with 612 kilograms of hashish inside

Later, at the end of November, the agents detected a new attempt to introduce an undetermined amount of drug into our country through a boat led by one of the members of the organization, an expert in navigation. Despite the fear caused by the storm and the strong winds, on December 13 it was observed how the pilot and a companion embarked in the Marbella Fishing Port, in a boat where an individual was waiting for them inside. They left the Marbella Fishing Port heading east.

For this reason, a joint device of the National Police, Customs Surveillance and Civil Guard was established, with the aim of controlling the vessel, detecting the moment of loading the drug and proceeding to board it. This device was able to verify how the boat loaded gasoline pouches, where apparently the narcotic was found inside. Subsequently, he was boarded and it was found that he was carrying 31 bottles of gasoline containing around 612 kilograms of hashish. Its two occupants were arrested. 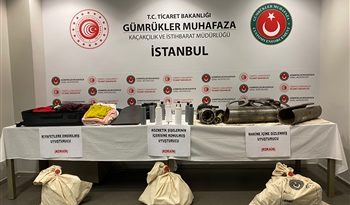 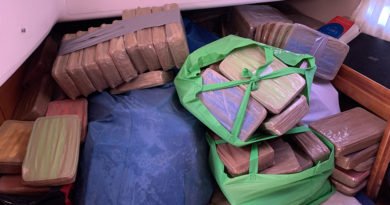 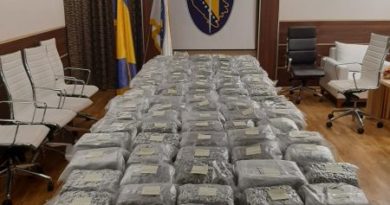 Apprehended for smuggling of 110 kg of narcotic drugs