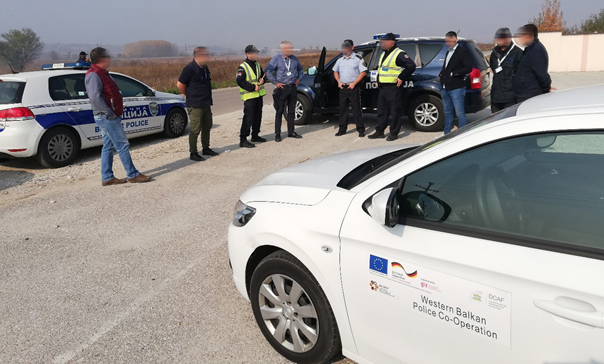 Following the Arab spring, Europe faced the largest influx of migrants in history, with the number of irregular migrants exceeding 1.8 M in 2015 alone. In the time that followed, more and more people boarded the train toward, what was deemed, a better life. And where many saw a lifeline, others recognised an opportunity for profit. The influx of irregular migrants, who were making their way to Europe via several routes, had caused an increase in demand for “assistance” in their efforts which was quickly filled by the existing serious and organised crime groups (SOCGs), which already had established smuggling routes, channels of cooperation and networks.

Over time, migrant smuggling has become the main source of income for many of the SOCGs that were constantly trying to stay ahead of LE services, while expanding their operations. However, the COVID-19 situation presented an additional challenge which forced the SOCGs to somewhat adjust their approach. With majority of European countries closing their borders for travel, a significant drop in the number of irregular migrants was observed (31% in the first six months of 2020, compared to 2019), especially those arriving through the Western Balkans, which meant that the SOCGs were losing profit.

As travel and other restrictions started loosening, the SOCGs engaged in a more aggressive approach to facilitating migration, taking full advantage of the media coverage, building upon the urgency of situation and prompting irregular migrants to travel. All in an attempt to make up for some of the losses incurred during the first half of the year, expecting the reinstatement of restrictions in autumn. Therefore, to some extent, the SOCGs started moving from a primarily reactive position, where they took advantage of the migrants’ situation, towards a more proactive role, making a greater effort in actively promoting travel and their services, but also taking bigger risks.

In addition, as smuggling is becoming more difficult, its price is also expected to increase and with it the risk of coercion of irregular migrants into various payment schemes in order to pay off the facilitators, such as drug smuggling, guiding other migrants across the border and even sexual or labour exploitation.

Nevertheless, the enhanced migration did provide an opportunity for terrorists to “hide” in the groups of irregular migrants, and just like them, the terrorists also took advantage of the SOCGs’ services along the way. This cooperation, however, is not systematic and remains occasional, as the study, conducted by Europol and Interpol in 2016, argues. Even so, certain parallels between the two exist. A good example of the complexity of the whole “irregular migration-terrorism-organised crime” nexus are the Paris attacks on 13th November 2015.

After the attacks, during which 130 victims lost their lives, it was established that two of the attackers had entered the EU as part of a large influx of refugees arriving from Syria through the Western Balkans. About a month prior to Paris attacks a document forgery group was dismantled in Belgium and when going through their records, links to one of the Paris attackers were found, as well as to the suicide-bomber of the Brussels airport attack in 2016 Although both attacks were claimed by the Islamic State group, the forgers were not prosecuted for terrorism, as only “an opportunistic connection between the two” existed. A Syrian passport, which was believed to be counterfeit, was also found at a stadium after Paris attacks. In addition, the authorities of the Republic of Serbia reported having found the same passport, though with a different picture, on another irregular migrant, stipulating that both individuals could have used the same counterfeiter. What is also possible is that the Islamic State group has in fact its own capacities for production of fraudulent documents.

Aside from document counterfeiting, terrorist groups are known to engage in other types of crimes, such as trafficking of cultural artefacts from the Middle East, which is estimated to generate $100 million in profit per year, or drug trafficking from Morocco via Spain and from Afghanistan through the Western Balkans, in order to finance their activities. To achieve this, they use existing SOCGs’ smuggling networks. Border measures, therefore, really seem to remain one of the key instruments for combating the SOCGs, hindering migrant smuggling and the potential arrival of terrorists to Europe.

It is also interesting to point out that, while the terrorist groups in migrants’ origin countries do not support the movement of people, that quickly changes if the migrants are outside the territory that is under their direct control. By employing terrorist attacks on civilians and refugee camps, as was the case in Lebanon, they force people to move, making money from taxation on “safe passages”, for example. Like the SOCGs in Europe, the terrorist groups also find themselves in the role of actively promoting migration for profit.

The reality is that, like in any system, the relationships, causality and the dynamics between irregular migration, serious and organised crime and terrorism is very complex, with similarities on modus operandi and links on all sides. What is certain is that all three groups will continue to adjust to the current situation pursuing their goal, whether it is hope for a better life, profit or religion-driven impulses, and that it is impossible to draw a hard line between the activities of SOCGs and terrorist groups as they are both known to make use of each-other’s tactics. 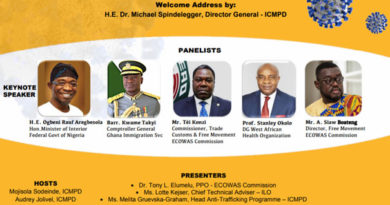