A regional law enforcement operation against firearms trafficking in West Africa has seen arrests and seizures in Burkina Faso, Côte d’Ivoire and Mali. Codenamed “KAFO” and jointly coordinated by INTERPOL and the United Nations Office on Drugs and Crime (UNODC), the cross-border operation targeted the people and networks behind firearms trafficking in the region and beyond. Involving 110 officers from police, customs, border and prosecution services from all three countries, the seven-day operation (11 – 17 November 2019) saw law enforcement intercept illicit firearms and make connections with associated criminal activity, including terrorism. In addition to arrests, initial results include the identification of a trafficking network operating regionally from Côte d’Ivoire, the seizure in Burkina Faso of illicit goods clearly linked to serious organized crime, and the confiscation in Mali of tampered visas smuggled from Burkina Faso by bus, also suggesting an organized crime connection. Further arrests and prosecutions are foreseen in all three countries as investigations continue to unfold. Tracing the history and ownership of recovered illicit firearms and comparing ballistics evidence of recovered cartridge casings and ammunition can provide valuable investigative leads

By collecting investigative crime intelligence ahead of the operation, countries were able to target firearms trafficking hotspots such as land border points where cars, buses, trucks and cargo transporters were searched. Several firearms recovered in Burkina Faso and Mali were traced back to the countries of manufacture or last known legal import to track their history of ownership. This kind of action, coupled with comparison of ballistics evidence such as recovered cartridge casings and bullets, enabled investigators to link a wide range of different potential crimes, criminals and countries to one another.

Critical data in the right place at the right time

INTERPOL’s Firearms Programme staff ensured that frontline officers had permanent access to the Organization’s wide range of criminal databases, enabling them to determine if suspects were using stolen travel documents, were known to police in any of INTERPOL’s 194 member countries, or were travelling in a stolen vehicle. Thousands of checks were made against INTERPOL databases throughout the operation. Côte d’Ivoire gave its national commission for the control of small arms and light weapons access to INTERPOL’s iARMS (illicit Arms Records and tracing Management System) so that it could screen seized weapons against millions of lost, stolen, trafficked and smuggled firearm records and share sensitive and urgent police information with their counterparts around the globe. Commissions of this kind exist in every ECOWAS country to prevent, combat and eradicate the illicit firearms trade and raise regional awareness with a view to discouraging their production. “Operation KAFO clearly demonstrates that by pooling the global expertise of our respective organizations in the field, UNODC and INTERPOL can make sure that borders everywhere hinder criminals whilst uniting law enforcement, and make the world a safer place,” said Assistant Director of Forensics and Police Data Management Cyril Gout, who is in charge of INTERPOL’s global firearms programme. “This kind of operational cooperative action between our two organizations can only benefit global law enforcement and justice as it allows us to grasp the region’s firearms trafficking situation and the practices leading to the kind of prosecution which disrupts criminal networks behind trafficking flows,” said UNODC’s Global Firearms Programme Head, Simonetta Grassi.

Pre-operational training delivered jointly by INTERPOL and UNODC ensured that officers had the skills required to use INTERPOL’s operational capabilities to their full potential and detect firearms trafficking in key strategic locations, particularly border crossings. In particularly, participants saw how INTERPOL’s iARMS and Firearms Reference Table (IFRT) capabilities enable them to identify and investigate firearms trafficking in the field. Trainees included experts from national commissions for the control of small arms and light weapons, gendarmerie, criminal investigations police and INTERPOL’s National Central Bureaus (NCB) from all three target countries. The operation concluded with a debriefing meeting in Bamako to evaluate results and define the way forward for continued support in the fight against illicit firearms trafficking, including follow-up action for investigations triggered as a result of the operation. Operation KAFO was made possible with the support from Germany, Japan, and the European Union (EU). Funded by the European Union, INTERPOL’s iARMS (illicit Arms Records and tracing Management System) database can be queried by law enforcement across the world to check if seized firearms have been reported as lost or stolen by other countries. 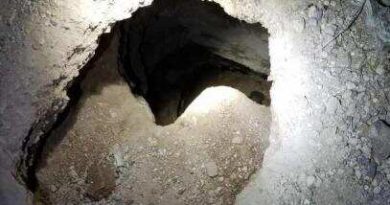 One To Watch – Cross-Border Tunnel Discovered in Nogales 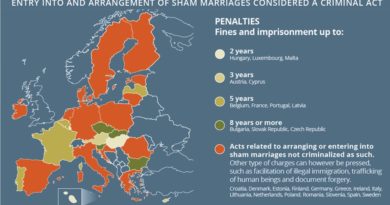