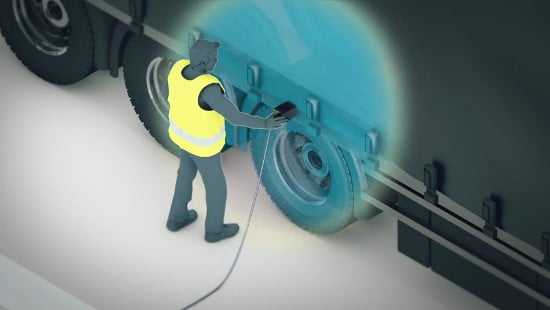 The current refugee crisis is one of today’s hottest topics, which reverberates across so many aspects of politics, commerce and everyday life.  Figures from the UN Refugee Agency (UNHCR) suggest there are now 68.5 million forcibly displaced people worldwide, with 25.4 million refugees and 3.1 million asylum-seekers. The numbers have never been as large, and they are creating huge economic and political problems in many regions, and the respective border controls are understandably under immense pressures, to control the flow of both people and goods.

The problems are global, with huge transit populations pressurising borders as widespread as South Asia in India, Bangladesh and Burma; Central and East Africa, in several war-ravaged countries and in in North and Central America, not just on the Mexican – US border, but also on the Guatemala – Mexico border, escaping both economic collapse and political repression. Equally, we are all far more aware of, and sensitive to, the millions of refugees, trying to cross into mainland Europe, from the Middle East countries and from Africa, pressurising the borders of Spain, Italy and Greece and other adjacent countries. Sources* estimate that there were over 110,000 detected illegal crossings made into Europe, for the first 9 months, in 2018. …understandably there are no figures available for the number of undetected crossings..

Managing the borders presents unique logistical challenges, balancing the need to enforce high levels of security while enabling the flow of traffic, i.e. both goods and people, to progress through the borders at reasonable speeds. Do consider that many of Europe’s border crossings are some of the busiest sea ports, rail terminals and highways in the world, with thousands of vehicles crossing each way, often on a 24 x 7 basis. Many of the European border areas, particularly the sea ports, date back hundreds of years. The infrastructures may be out dated, the available space may also be limited, and many buildings and road and rail surfaces have to be constantly maintained and upgraded. The geographic locations are also typically exposed to the harsh conditions of weather. All of these factors mean that border crossing points are tremendously busy environments.

Amongst the tens of thousands of vehicles, crossing the borders, there will be clandestines hidden away, desperate to get through the border crossing. The options available to the Border Force agencies are limited, particularly if they are to maintain a reasonable flow of traffic, not easy when you consider that ideally every truck has to be searched and searched thoroughly. In order to appreciate the immensity of this challenge, stand next to a typical 44 tonne articulated vehicle; it will measure 16.5 metres long, 2.55 metres wide and 4.2 metres height……and then consider how many boxes, pallets and crates could be packed inside!!

The sheer scale of the vehicles underlines the difficulty, if not near-impossibility, of manually searching each truck. A thorough manual search would require 2-3 people, and a fork lift truck to ensure proper access through the interior of the truck; and if every crate and box is to be checked, this could take at least 1 hour. The reality is that the required manpower and time is simply not available, and even if it was, how reliable would the search be?

Another key consideration for any search is the desperation, determination and ingenuity of the hidden clandestines. Many have survived life threatening journeys, and they will take huge risks in hiding away in crammed areas and in uncomfortable positions, often with limited air…..sometimes with fatal consequences. Equally with organised crime gangs, involved in the trafficking, the clandestines may have their own intelligence and know-how (e.g. using different scents, in order, to deter the sniffer dogs).

Finally, the sheer volume of traffic in most ports and border crossing points means that it is simply not possible to search every vehicle.

Different technology types have been tried, albeit with limited success. For example, ‘sniffer’ technology  cannot be deployed on all types of large vehicles. While X-Ray technology is also limited in being deployed only on certain types of trucks, in addition to the fact that there are health and safety concerns, for both the operator and any hidden clandestine.

Motion Detection Technology (MDT), sometimes called ‘Heartbeat Detectors’, was hailed as ‘THE’ solution for Border Force Agencies. However, it is important to appreciate that the early form of this technology was first introduced and deployed several years ago with very limited success. The earlier generation of systems were not able to operate effectively in busy port environments: the openness and exposure of these locations, added to the constant stream of noise and disturbances, generating too many ‘false positives’.

It was to address these problems that Professor Steve Daley BSc (Hons), PhD, CEng, FIMechE and the Institute of Sound and Vibration Research, at the University of Southampton were called in. Prof. Daley is recognised as one of the world’s leading experts in the field of sound, motion and vibration technology. He was tasked with working out why the existing technology was not working effectively and what, if anything, could be done to improve its performance. Calling on his years of experience working in the highly specialised defence and maritime sectors, Professor Daley and his team were able to develop a new form of MDT technology that is able to effectively isolate the subject vehicle from its environment, providing an extremely high degree of accuracy that was simply not available from the early systems.

Manufactured by a new company ClanTect Ltd, with Prof. Daley as Managing Director, this second generation of MDT has been specifically designed for these operational environments and provides many crucial benefits for the Border Force agencies. As previously mentioned the system is able to operate effectively regardless of any noise disturbances, such as passing traffic, or road works or from nearby turbines and engines. The system is also able to execute searches on multiple vehicles at the same time. So the system makes a significant contribution to the traffic flow.

The system is also easy and quick to operate. Technical skills and intensive training are not required. Sensors are attached to the frame of the vehicle, which literally takes seconds. The operator then presses a button, and the system then automatically executes an ‘electronic search’ of the vehicle, which is completed in just over a minute. The system is highly accurate, and will detect any presence, human or animal, inside the vehicle.

The system is also built to operate on a 24 x 7 basis, obviously many of the port operations run on multiple shifts, and the performance and reliability of the system has to be in synch with this. ClanTect therefore offers a self-testing module, for the all-important sensors. A thorough test can be completed in a minute, which validates the performance and accuracy of the sensors.

Another new component to the technology, is the addition of a management and support tool, in the form of ‘ClanConnect’, which is a secure and high-speed communications gateway. This enables online communications between the remote terminals installed at the border check points; which may be deployed in over a hundred locations in multiple regions and countries; and the central operational control centre. One major benefit is that any operational issues can be instantly alerted, diagnosed online and resolved…… this means both rapid problem solving as well as minimum downtime….. absolutely critical at such busy locations.

As a result of the technology refresh, this second generation MDT has been successfully deployed on multiple border crossings; and on multiple types of vehicles. The technology is truly a key component in maintaining the integrity of Europe’s borders.