During the specific activity, the border guards detect, daily, various persons, Romanian or foreign citizens, participants in the cross-border traffic who, either legitimized with false or falsified travel documents, or present authentic documents belonging to other people, hoping that resembling the identity card holder will allow them to continue the illegal journey.

Thus, in the first month of 2020, the border guards detected, at the crossing points, 35 false travel documents, out of which:

From the casuistry, it was found that most of the false or forged identity cards / passports were Bulgarian, Romanian, but also Italian, Portuguese, Lithuanian, Spanish, French documents that were used for the purpose of reaching Western European countries.

Depending on the citizenship of the person who legitimized himself with a false document, it was found that most are third-country nationals, who need a visa to travel to EU countries.

Regarding the methods of falsifying travel documents, total counterfeiting is the most common one (25), followed by partial forgery and substitution of a person.

For the purpose of preventing and combating documentary fraud, the Romanian Border Police uses high-performance equipment and devices, capable of helping to detect forgeries, an example in this regard being the video-spectral comparators that analyze the data in documents in several ways – white light, ultraviolet, infrared and color filters. At the same time, the border guards successfully use the database implemented internally, which contains samples of travel documents, as well as iFADO – a database set up at European level, thus carrying out an operational verification of the documents.

Ways of implementing and reasons

As a mode of implementing, it is found that foreign citizens legally enter Romania, based on valid personal passports and visas issued for various reasons – tourism, studies or work – or are on the territory of our country and present at the exit of the country with false or forged identity cards / passports, for which they pay large sums of money, to reach countries in the Schengen Area. Also, through the crossing points at international airports, third-country nationals tried to use, in the transit area, the double check-in method (they buy two air tickets, one for a third country where they do not need a visa to enter, and the other ticket to a destination inside the EU). Thus, once they arrive in the transit area of the airport, where they are validated with the valid passport for the flight where they do not need the visa, they try to change the direction of embarkation to an EU flight, where they use false or forged travel documents, with the data of some European citizens. At the time of detecting the persons who use such methods, the border guards interrupt their journey, drawing up the preliminary acts for the commission of the crimes (false, use of forged documents, material false in official documents or complicity in committing this crime, attempt / illegal entry, etc.).

On 10.01.2020, around 01.45, at the Giurgiu Border Crossing Point, four people presented themselves to enter Romania, traveling as passengers in a bus belonging to an international transport company that made regular routes from Sofia to Bucharest. They presented at the border control identity cards bearing the signs of the Lithuanian authorities. Following the verification of the documents, the joint control team, consisting of Romanian and Bulgarian border guards, found that the documents presented at the control did not meet the conditions of form and background of some authentic ones and were false. Further to the investigations, border guards have established that the persons concerned are citizens of Uzbekistan, aged between 24 and 53 years. They stated that they had obtained the documents from Lithuania, from a citizen whose identity they do not know, paying 300 euros each and resorted to this method because they intended to reach Germany. The border police stopped the travel of the persons concerned, and according to the Romanian – Bulgarian protocol on the common control at the border crossing point, they were taken over by the Bulgarian authorities in order to continue the investigations and to order the legal measures required, and the transport company has been contraventionally sanctioned, in accordance with GEO 194/2002 with the subsequent amendments and completions, for “bringing to Romania foreigners with false or falsified documents or visas”. 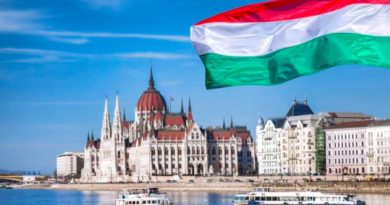 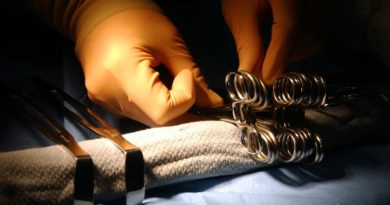