Operation Sunbird IV took place in all 10 countries of the Association of Southeast Asian Nations (ASEAN). It aimed to reinforce cooperation between law enforcement agencies in order to identify, arrest and investigate terror suspects and criminals crossing borders in the region.

An Operational Coordination Unit at the INTERPOL Global Complex for Innovation in Singapore facilitated the exchange of information and follow-up actions between the participating agencies in the ASEAN countries: Brunei, Cambodia, Indonesia, Laos, Malaysia, Myanmar, Philippines, Singapore, Thailand and Vietnam.

Police, immigration and maritime officials at 90 air, land and sea operational spots across the ASEAN region carried out some 15 million searches across INTERPOL’s databases for stolen and lost travel documents and nominal data via its I-24/7 secure global police communications network.

Multiple hits were generated against the databases, leading to 24 arrests, including 11 individuals wanted internationally via INTERPOL Red Notices.

The operation generated a number of investigative leads, with 36 of these linked to the movement of terror suspects, and two linked to individuals targeted by sanctions imposed by the UN Security Council (UNSC) under the framework of its Special Notices.

Empowering officers in the field

The purpose of the Sunbird initiative is to improve cooperation between law enforcement agencies in the field so they can conduct screenings effectively and in real-time on passenger travel documents.

It does so by extending INTERPOL global policing capabilities to frontline officers and equipping them with the necessary skills and knowledge needed to combat the ever-evolving threats arising from terrorism.

The importance of international information exchange

“Operation Sunbird is a perfect example of INTERPOL connecting countries to disrupt the mobility of terrorists and criminals which threatens all regions,” said INTERPOL Secretary General Jürgen Stock.

“When information is shared between regions via INTERPOL’s networks at the global level, every check, border control or random search represents a potential breakthrough in a terror investigation,” added the INTERPOL Chief.

As recognized by UNSC Resolution 2178 (2014), sharing information through INTERPOL’s global systems is vital to better identify and prevent the travel of suspected foreign terrorist fighters.

In this respect, INTERPOL’s databases currently hold details of 52,500 foreign terrorist fighters and some 750,000 pieces of terrorist-related information. 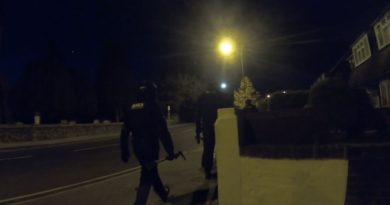 Up to no gouda: two men who used gone off cheese to hide cannabis are jailed 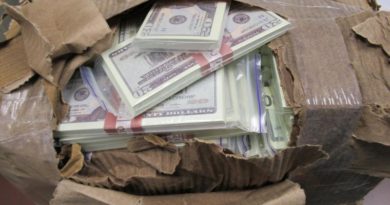 Over $500K of Counterfeit Currency Seized by CBP Officers in Chicago