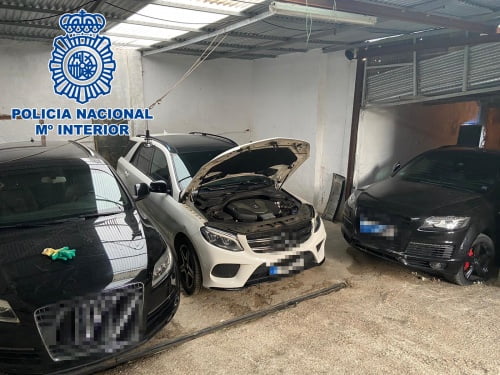 Recovered four high-end vehicles – valued at more than 300,0000 euros – that had been stolen, prepared and enabled to load bales of hashish from the stash areas to the nurseries

Agents of the National Police have arrested a man and a woman in Algeciras (Cádiz) as allegedly responsible for the custody and storage of four vehicles prepared for the transport of hashish. The vehicles, valued at more than 300,000 euros, were parked inside a premises owned by the detainee. The investigation is still open, with the aim of being able to identify and arrest the rest of the people involved, and it is not ruled out that new arrests will take place in the coming days.

The investigation began when agents detected a location where large-scale drug trafficking criminal organizations could store and guard vehicles that were later used to transport large amounts of hashish. In order to verify this information, the police established a device in the area and managed to verify such events. Upon entering the site, they located four high-end vehicles -type off-road-, all of them previously stolen and prepared for the transport of large quantities of hashish, their internal structure having been modified and therefore conditioned for this purpose.

In the presence of the police, the person in charge of the custody of the vehicles fled, although he could be intercepted and detained. In addition, in the search carried out among his belongings, almost a kilo of hashish was intervened. The owner of the premises where the vehicles were stored was also arrested.

Investigators suspect that the intervened vehicles had already participated in previous drug caches on the coast of Campo de Gibraltar, some of which had occurred with the use of special violence against the acting security forces and bodies, with the use of vehicles shuttles that came to ram them. 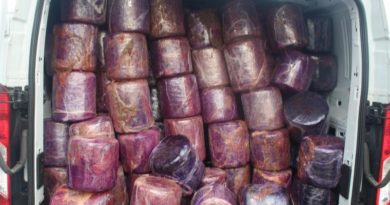