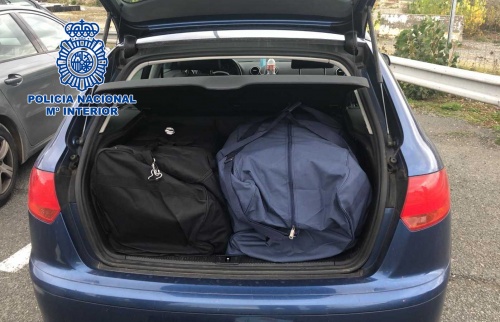 Agents of the Spanish National Police, with the collaboration of the French OFAST, have dismantled a network of drug traffickers dedicated, allegedly, to transporting narcotic substances from Spain to France. Six people have been arrested, all of them French nationals, from whom 43 kilograms of hashish in acorns and 31 kilograms of marijuana have been seized, in addition to cash and different inhibitors.

The investigation began thanks to the exchange of information and international collaboration carried out between the National Police and the French police authorities. Those first steps made it possible to learn about the existence of the criminal organization, based in the province of Malaga and dedicated to the transport of narcotic substances between Spain and France.

With these first inquiries, it was found that one of the members ordered another to travel to Spain in order to collect and transport a certain amount of drugs to France. The trip was made aboard a vehicle that, later, remained parked for several days in front of a luxurious urbanization in the Malaga town of Marbella.

Thanks to the continuous surveillance established, the investigators verified that the car began its return to France a few days later, being intercepted there and thoroughly searched. Inside it, a total of 73 kilograms of different narcotic substances were found, specifically 30 kilograms of marijuana and 43 of hashish, a total of five people being arrested in the French country.

Continuing with the investigation, a European Investigation Order was received from the Malaga Prosecutor’s Office, in which the National Police was requested to carry out all the pertinent steps regarding the homes where the vehicle was detected during its stay in Spain. In this way, the agents entered and searched two homes, one located in Marbella and the other in the municipality of Vélez-Málaga. In this last house, one of those implicated was arrested, seizing 800 grams of marijuana and packed material, all ready for shipment to France.

At the same time, and on the part of the French judicial authorities, a European Arrest and Extradition Order was requested for the latter detainee, which was duly processed. 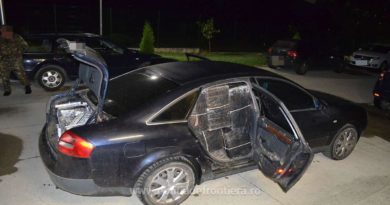 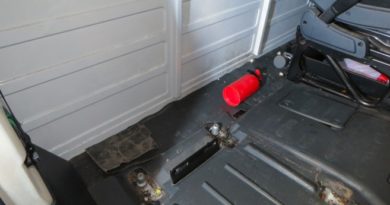