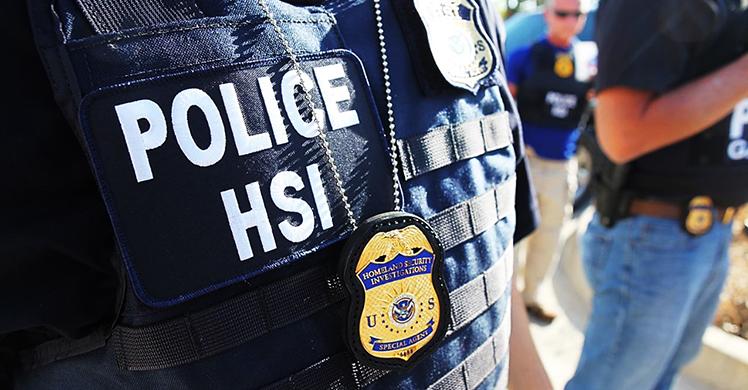 Luigi Cristinel Popescu of Cernatesti, a Romanian national, was extradited to the United States over the weekend and made his first appearance in federal court Aug. 17 to face charges that he is the leader of an international alien smuggling network responsible for smuggling thousands of Romanians into the United States. Calexico special agents for U.S. Immigration and Customs Enforcement (ICE) Homeland Security Investigations (HSI) worked closely with HSI attaché offices in Mexico, Guatemala, Spain, Austria and with foreign law enforcement agencies in a concerted effort to disrupt and dismantle the Popescu alien smuggling organization.

Popescu was arrested in Bucharest, Romania, by Romanian law enforcement officials August 14 at the request of the United States and was extradited to the United States Saturday, August 15. At the court hearing, Popescu was arraigned on a superseding indictment and ordered detained as a flight risk, by Magistrate Judge Jill Burkhardt. Popescu’s next court appearance is scheduled for September 23, 2020, before U.S. District Court Judge Cynthia Bashant for motion hearing and trial setting.

“Putting your faith, hope and future in the hands of smugglers is extremely dangerous,” said U.S. Attorney Robert Brewer. “My office will aggressively prosecute transnational criminal organizations that smuggle others into the United States for financial gain.” Brewer praised HSI, the U.S. Border Patrol and prosecutor Timothy D. Coughlin for their excellent work on the case.

“Transnational criminal organizations engaged in human smuggling endanger the security of the United States,” said ICE HSI Special Agent in Charge Cardell T. Morant. “Through close collaboration with our partners from U.S. Customs and Border Protection, the U.S. Attorney’s Office, and the government of Romania, this arrest signifies another victory in our fight to disrupt and dismantle organizations facilitating illegal entry into this country.”
“As a global organization, HSI collaborates with our foreign partners to identify, locate and investigate individuals who seek to exploit U.S. laws,” said HSI Regional Attaché Katie Bay, “We will continue to work to ensure that they face justice both at home and abroad.”

“On behalf of the U.S. Border Patrol, I want to express our appreciation for the countless hours expended by the men and women of law enforcement who were involved in bringing Popescu to justice,” said San Diego Sector Border Patrol Chief Patrol Agent Aaron Heitke. “His case is the latest and one of many that has helped us to dismantle and degrade transnational criminal organizations around the world.”

According to the superseding indictment, Popescu was the leader of an international alien smuggling organization for almost seven years and has been responsible for smuggling Romanian nationals into the United States at both its northern and southern borders. HSI agents learned from interviews with Romanian nationals smuggled by Popescu, both those arrested and those who turned themselves into U.S. Border Patrol, that he facilitated the smuggling of aliens from Romania to the U.S. through Europe, Central America, Mexico and Canada, generally charging $10,000 to $25,000 for individuals and families.

The investigation revealed that Popescu worked with numerous co-conspirators in Romania, Spain, Guatemala and Mexico to facilitate the smuggling arrangements of thousands of Romanians. According to the investigation, Popescu used WhatsApp and FaceTime to remain in contact with aliens being smuggled, providing instructions and contacts along the way, including the name and number for smugglers in route to the United States. These co-conspirators would arrange for passage in route to the U.S. border. Popescu would send a picture of the Romanian aliens to co-conspirators and instructed the aliens that smugglers on their route would be waiting for them and would have their picture. Popescu used an ever-changing cadre of associates, guides, stash house operators and drivers to facilitate the organization’s criminal activities. In the final stage of crossing illegal aliens coming through Mexico into the United States, the Popescu network made use of various stash houses near the San Ysidro and Calexico, Ports of Entry.

The Justice Department’s Office of International Affairs handled the extradition. The charges and allegations contained in an indictment or complaint are merely accusations, and the defendants are considered innocent unless and until proven guilty. 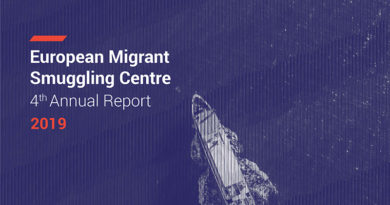 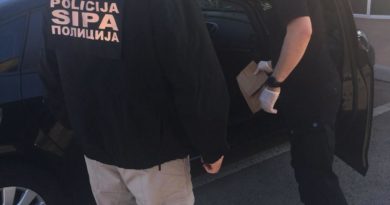